Unit 3: ” Fungi and other kingdoms”

” Fungi and other kingdoms”

Read more at: http://www.ducksters.com/science/biology/fungi.php
This text is Copyright © Ducksters. Do not use without permission.

Unit 3:”Population of Spain and Europe”

Unit 3:”Population of Spain and Europe”

***MY LINKS: UNIT ABOUT POPULATION

Click on the image above to read more about Europe population density. 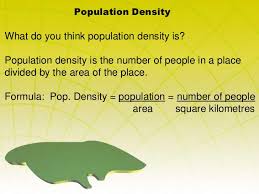 Depending on several factors, population can:

HOW DOES THE POPULATION MOVE?

LIFE EXPECTANCY is the number of years that a person is expected to live. It has changed a lot. Nowadays, Spain is the second country of the world with the highest population density. Can you believe it? Can it be because our Mediterranean diet? Maybe it’s because of our tapas. Our lifestyle is incredible!

Do you want to know the list of the life expectancy of all the countries of the world? Click on the image below.

This map shows natural growth rates of different countries in 2010. Red and brown indicate countries with a very fast growth, whiles blue shows the places where the population did not grow or decreased.

To calculate the natural growth rate we need to know the births and the deaths occured in a place.

People move all around the world.

An emigrant is a person who leaves their country to live in another country.

An immigrant is a person who comes to live in a foreign country.

Then, a person is both an emigrant and an immigrant depending on who speaks. For intance, if Ivan, a Russian child, leaves Russia to come to Spain, he is an emigrant for his Russian family, but an immigrant for a spaniard. (To know more click on Did you know?))

Would you like to listen to lives stories by some immigrant children of your age? They will surely surprise you. They are Asya, Taylor, Vandi, Sadana, and Gabriella. They are from five different countries, although they are living now in United States. Besides, if you click on Explore the Historical Timeline you will find events related to immigration, explaining why immigrants have always been important for the progress of all countries.

The next map shows the population density of Spain. Darker areas show places where the population density is higher. As you see, the most populated areas of Spain are the main cities: Madrid, Barcelona, Valencia, Bilbao, Sevilla etc.

Population can be divided in two groups:

A) ACTIVE: People who are between 16 and 67 years old. They are healthy and able to work.

When they are actually working they are employed population. Unfortunatelly, they sometimes can´t find a job and they are unemployed.

B) INACTIVE: People who are not of legal working age (children under 16 and retired people) or those who don´t receive a salary (students, ill people…)

If you click on the map,you´ll see the population distribution of Europe

It’s time to move into a new topic in Science. We will change the way completely because we will pass from the Natural Science to the Social Studies. We have learnt about nature and enviroment until this moment and now we are going to deal with social facts as population, political organization, Europe, other countries…..
We are going to review some concepts about population we learnt last year. This will be useful to apply it to study the Population of Spain.
https://youtube.googleapis.com/v/7BGCbpbGs0Q&source=uds

Write down in your notebook some words which appear in the video in relation with population.

LET’S CHECK YOUR LEARNING WITH THIS CROSSWORD:
http://www.educaplay.com/es/actividades/772903/actividad_v1_01.swf

2. READ AND LISTEN! WITH QUIZLET